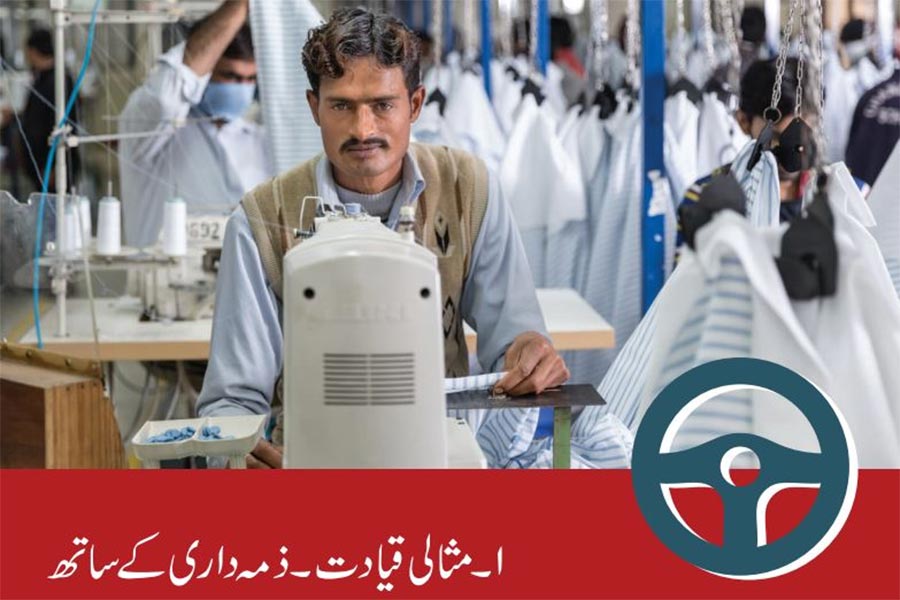 The Pakistani province of Punjab is making ambitious steps to promote safety, health and well-being at work. One its ministers recently became a Vision Zero Ambassador, and an awareness raising campaign is being built up, including the launch of the Vision Zero brochure in the Urdu language.

It was at the recent Vision Zero – Innovation in Prevention conference, organized by the International Social Security Association (ISSA) at the A+A fair in Düsseldorf, Germany, that Ansar Majeed Khan Niazi, Minister of Labour and Human Resource in Punjab, was announced as new Vision Zero Ambassador. In a video message addressing the Conference, the Minister emphasized that “The Labour and Human Resource Department of Punjab is highly committed to implement Vision Zero and establish a culture of prevention.”

The SAA-Centre for the Improvement of Working Conditions and Environment (SAACIWCE), based in the Punjabi capital, Lahore, is now in the process of preparing a campaign on Vision Zero, building on the 7 Golden Rules for safety, health and well-being at work. Supported by the GIZ-Labour Standards Programme, the SAACIWCE has translated and designed an Urdu version of the Vision Zero brochure 7 Golden Rules – for zero accidents and healthy work: A guide for employers and managers. To strengthen its resonance with employers and other stakeholders in the province, the SAACIWCE used local images in the brochure.

Some 30 companies and organizations from Pakistan have signed up to the Vision Zero campaign so far. That number is likely to increase with this new campaign in Punjab, which should give a good push for improving the health and safety conditions of workers in the province.

The International Media Festival for Prevention IMFP 2023 has started!